I was at Cody’s for the weekend, as he was planning to run a local Half Marathon early Sunday morning, and I was planning to be the cheering squad. Having just completed the New York Marathon a few weeks before he was a little iffy for this race, and ultimately decided on Sunday morning he wasn’t going to run this race.  So, what do do for the day…

Our usual was church at 5pm on Sundays, so we had the whole day ahead, now with no plans. We were outside in the backyard with Auggie, it was a beautiful day, and we hadn’t taken the boat out in a while.  We decided to bundle up and head out fishing for the day. After a stop for breakfast tacos and fuel, we were on our way. 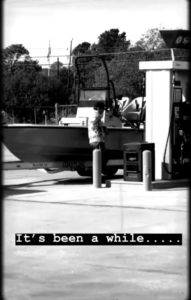 It turned out to be a great day on the water – we each caught several big bull redfish and had the best day of fishing we’d ever had together. 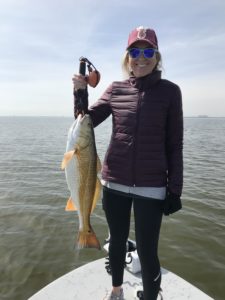 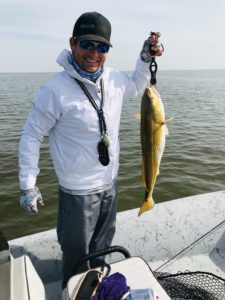 We came in from the water, I told Cody I would help him clean the boat for the sake of time, and then head home to my house to get ready for church. We got the boat cleaned, back to his house, I left to go home, and he was coming to meet me for church. I talked to my Mom on the drive home, about 40-45 minutes, and was all about the “best day ever” fishing and fun.

Cody got to my house a little early for church, so while we were there I asked if he wanted to stop by CostCo on our way – something we did a few times when we we were early for church. He told me “no, not for one thing”, and I didn’t think anything about it.  He went to the bathroom before we were leaving, and I was sending a text to my friend Barbara.  I put my phone down and turned to look at him when he walked back into the kitchen, and he was on one knee in my apartment, with a ring!

I was TOTALLY SURPRISED! And, shocked! We had been talking about marriage, talking about wedding dates, talking about our future, and I knew we would be getting engaged, but didn’t have any ideas or expectations to when or how.

He said the most consistent thing we have done is go to church, and I wanted that to be a part of our engagement story, some other sweet things, and ultimately “will you marry me?”.

To which I replied “are you serious right now!?”

A statement I will never live down!!  Ha! I quickly followed it with “YES!”, but I was clearly so surprised! The easiest YES I’ve ever given to the second* most significant decision of my life.

Like any girl – I always thought I would be a wife, but didn’t know when or how that would come to be and our engagement day was such a sweet day! I couldn’t imagine this day and now can’t imagine it happening any other way. “Blessed is she who BELIEVED that the Lord would fulfill his promises to her.” Luke 1:45. The Lord has been so faithful to me for all of my years. He is the center of Cody and my relationship and we pray as we start our life together to continue to serve and honor Him through our marriage. 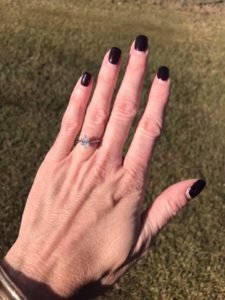 Once I said yes, and he placed the beautiful oval diamond solitaire on my hand, we had a few moments together – tears, my shock, his relief – and it was then time to head to church. We called our families on the way to church and shared our news – though they both knew and were waiting on our calls.

The things I learned after we were engaged…. 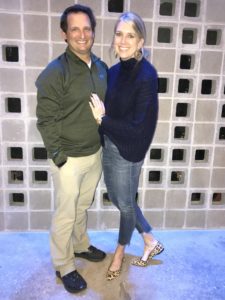 When we got to church several friends were in the lobby and they celebrated with us ahead of the service.  Our plan was to get married there, so it was really sweet for the first place to go as an engaged couple was to church. We had communion during the service, which was special as that was an element we were also planning to include in our wedding ceremony. 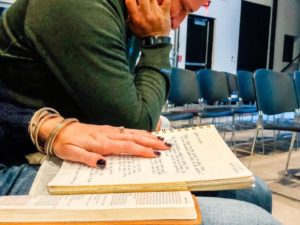 After church we met our families for dinner to celebrate our engagement.  It was the perfect ending to truly one of the best days ever! 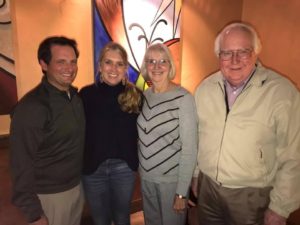 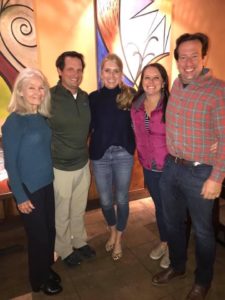 We are so grateful for our families and the many friends who have prayed for us through our time of dating and are praying us into the next season of life together as husband and wife. These first few days have felt very sacred as we’ve shared with friends and our families have shared with their friends. The words we have received have been such a confirmation and blessing. 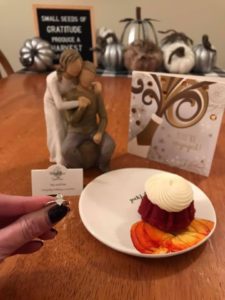 Thank you for celebrating us, we covet your prayers as we are planning ahead to our married life.
Blessings,
The Future Mrs. Robertson 🙂
*the first will always be giving my life to Christ at 8 years old.
Posted in Engage, Robertson Reel
← The Fields Are Calling…2019: Free →