I’ve had a few conversations lately about the various movements of women in many circles of life, most of which all intersect in some way or another. 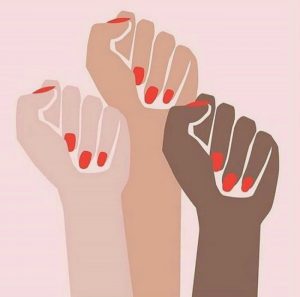 I’ve never felt there were things I COULDN’T do.

I’ve always felt I COULD do anything I set my mind to.

I know a big part of this comes from my raising. I have a strong father in my life who treats my Mom well and modeled how a home is led. He’s also the first person to tell me I could be the President, CEO or influential change maker in any organization I might have an interest in working. Don’t doubt, he gave me a lot of hard lessons and let me fail on my own to learn some of those lessons. I’ve also seen him fold the laundry and wash the dishes.

My Mom?  She’s as strong as my Dad without a doubt and in some ways stronger. She’s served my Dad and our family and still does every day.  She kept and keeps our home going. She does that with quiet strength based from her faith and in prayer. This year I have seen some answers to prayer that my Mom has prayed for YEARS.  Faithfully.  She has prayed.  She can mow the pasture and whip up the prettiest meringue you’ve seen. I’ve seen my Mom stand up for things and I’ve seen her hash out opinions. She takes care of what needs to be taken care of and she is well respected.

I didn’t “need” a boyfriend growing up to be validated. I was at times, (and can still be), a loner, an introvert, who also loves being with people and truly being known. I don’t fit a specific personality type, and really don’t like being labeled by a personality test.  Those things give insight to my character, but they don’t define me. I am Angie. I was created to be me. With my own gifts and talents. No one else has them. Because no one else is just like me.  Or you. Growing up I learned how to take care of myself, and my car, thanks to my Dad.

I don’t “need” a husband now. But, also, no husband “needs” a wife. We want those things.

Not because I can’t do something myself, or only he can do certain things.  Heck, there’s plenty I can probably do better. Women were created with unique skills and talents, and we were created to be a helpmate, making a team. To take on the world for one purpose, the kingdom of Christ.

I’ve said it before, but here it is again:  I’m happy to be under a man’s authority.

I’m happy to be under his authority because he has first submitted his life to Christ and thus knows how to lead in his daily life. He makes wise decisions, he tends to those in his care and he lays down his life for others. He seeks to honor and esteem his wife and the women in his circles. He doesn’t exclude or believe they are lesser.  Also, that’s a lot of responsibility for HIM!  I’m happy to let him have it!  Thankfully, I get to see these character traits in a lot of men I’m around; because I’m friends with their wives, they serve at my church and I’ve worked with and for a few of them too. I also see the incredible influence and impact their wives have because of their man.

In the midst of women trying to be equals in all things, we’re also crippling and losing sight of the men who are empowering women. If the goal is equality of pay and opportunity, then the focus should be on women who are doing and leading successfully. Highlighting their achievements and empowering the women who are younger and looking for role models. Instead, the desire to see men fall and celebrating their sins is winning the media war.  Thus, the message of a desire for equality it tricky. It shouldn’t be at the expense of great men who esteem, respect and empower women by hanging the ones who don’t out in the public square. The goals of equality get lost in the muck of slander and shaming.

I’m not in denial of areas where women have been demeaned, shunned, abused, discriminated against and harassed.  I know those women. They are my friends. I’m one of them.

But, ladies. We have a large percentage of women who are wrecking our gender group for their own initiative; often at the expense of wooing men to themselves or other means of misrepresentation. Certainly not by force, but by their own choosing. So, let’s work to build up our own. To empower them to see their worth, have self esteem and realize the purpose for which they are uniquely created.  Set the bar for ourselves and those in our sphere of influence.

Do what WE were called to do. At home, at work, in the community.

It matters more that we DO one thing than talk about 100. Influence our co-workers and neighbors, the circles of organizations where we’re a member. Get to know women, help them develop belief to chase their dreams, encourage them. Stop worrying what men may say or do.  We’ll never get anywhere.  Men who are leaders and influencers will be cheering us on, they want to see us succeed. Let’s cheer them on too, for honoring and esteeming women.

Also, this article, if you’re a parent, a teacher or an influencer of children…especially to our girls. Let’s collectively raise them up to be leaders, to believe they can do anything. They might not have a positive voice of influence in their lives. Let’s be the voice in their ears. Be proactive for our women peers and the generations of girls coming up behind us.  Focus on our own.

I believe in you, your unique gifts and purpose. Go live it out.

Don’t worry about what someone else is doing.

I’m cheering you on!

That’s how we’ll change the world. 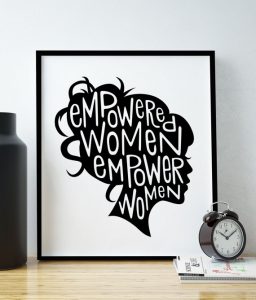