I love taking pictures, the every day, the mundane, the big, the fun, the celebrating, even the hard. Images I want to remember.  So, this year, I’m documenting my everyday. A photo a day for my FB/IG and then writing the stories of each on my blog weekly.

So, welcome to (December) 2017!
12.17.17
Sunday afternoon I attended a friend’s Ornament Exchange Christmas party and we played by the white elephant rules. I drew #1! That’s the FIRSt time ever I’ve drawn #1!! I strategized with a friend to end up with the Astros ornament, one I originally opened and then was stolen. My friend who hosted the party is who I went to an Astros game with this year, so was extra fun to get that ornament from her party! She also attended Games 6 & 7 in LA and gave us all the live updates from the World Series win! My tree isn’t themed ornaments, instead it’s themed with memories of trips and my college besties, so this is a fun addition! 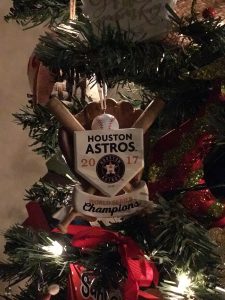 I also received a special ornament Sunday from a sweet family, an Auggie dog house ornament to match the Barney ornament they gave me in 2015, which turned out to be Barney’s last Christmas. 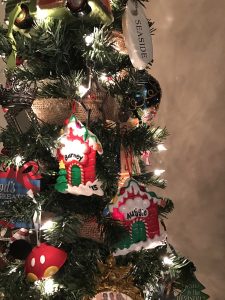 12.18.17
I dumped 1000 puzzle pieces on my table and started sorting them to begin the “Christmas Puzzle of 2017”. It’s been fun to see how many people work puzzles over the holidays as a family.  I haven’t worked a puzzle like this ever at my own house, so this was my year.  Over the fall I said several times I want to lay on my couch and work puzzles in Fall 2018 when I don’t have grad school work to do.  So, this was perfect for the semester break! 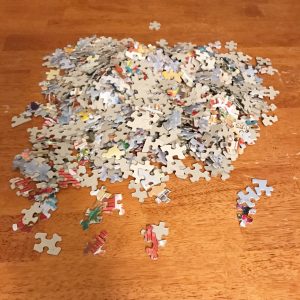 12.19.17
It’s no secret I love camo, and I used to have a pair of camo heels that I finally just wore out. I wore them ALL the time! Since they’ve been gone, I’ve been on the hunt for new camo heels, and they have been really hard to find. Also, I’m a little picky about exactly what I was looking for. Every now and then I google to see if there are any new camo pumps on the scene, and last week, DSW came through! These are Jessica Simpson, which is a brand I like and always fit. I drove out on my lunch break to get them from a burbs DSW! 🙂  I wore them all day to work and then went to a Happy Hour and Christmas party in my sneaks.  Because, balance.  Know who doesn’t care what shoes you have on? Auggie. Shoes or no shoes, play fetch! 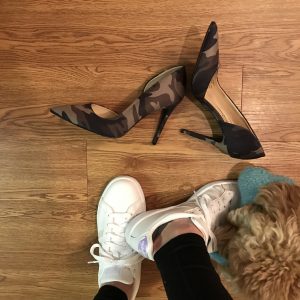 12.20.17
Wednesday was finally a beautiful day outside and I was home on time and without evening plans so Auggie and I headed out for a 3 mile long walk. Isn’t the Bayou showing off? Ha! But, really. It’s December and we finally have some fall foliage around here.  Also, the shaggy dog was headed for a haircut later in the week. 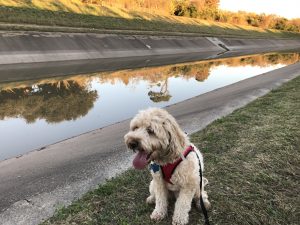 12.21.17
Thursday I had lunch with my parents and they took Auggie home to get his haircut before the holidays. I did some last minute shopping in the afternoon then spent the evening at my table working on my puzzle until I realized it was after midnight and I needed to go to bed! It’s hard to quit a puzzle when you get on a roll. That tree took me a sweet forever too!! While I felt like I made pretty good progress, don’t be fooled because that box is filled with an array of blue pieces in 20 shades. 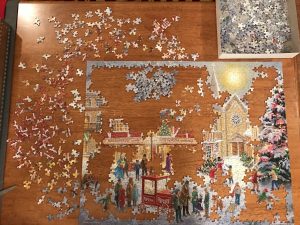 12.22.17
Friday night I went to the theatre with a couple of friends to see Sleeping Beaty and the Winter Knight.  We had dinner before the show and the performance was a fun twist on Sleeping Beauty with a lot of Houston humor added in and pop songs. Since I’ve been posting every day this year, I looked up the last time I was at the theatre and it was about a week into 2017, so appropriately about a week before the year ends, I made it back! 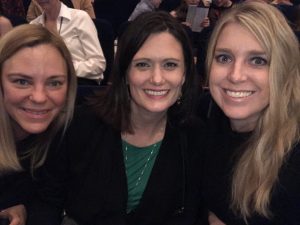 We had great seats and the show and set were really pretty! 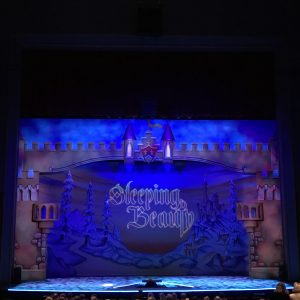 12.23.17
Saturday I made my way home by way of a few shopping stops, one being Hobby Lobby to pick up a puzzle mom had seen in the store. We dumped it out Saturday evening to begin, and while you’d typically (or at least we do) build the edges this one didn’t have straight edges, so we worked to divide up the pieces by rooms in the house. Mom worked on the tree this time and it about did her in!!  There was no rhyme or reason, instead a lot of trial and error, but she got it done!  This was nearly 11pm when we were close to calling it a night. 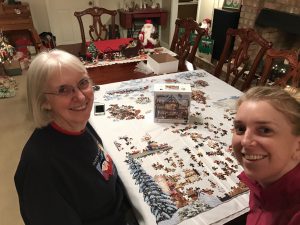 Here’s what we were working towards, a Christmas Eve view… 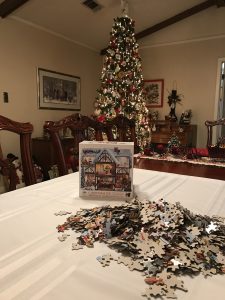 After Thursday travels, Friday hair appointment and Saturday keeping up with the goings on around the 4G, this little pup was worn out!  I have a picture just like this of him last year in nearly the same spot! 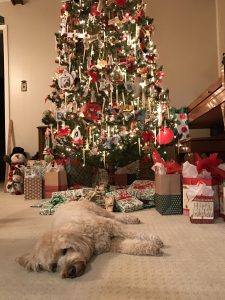 This year is going quick! Here we are in December and only one full week remains of daily photos and weekly posts!
#amen

Thank you for reading, and would love for you to stay in touch! 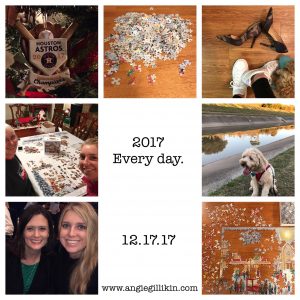