Friday Favs are up today!

I haven’t posted a couple of home updates that are definitely favorites!

For several months I’ve had my eye out for a new rug in my kitchen.  My kitchen isn’t huge, but is sort of wide, and doesn’t have a lot of room for multiple rugs. I had a gray one I really liked, but after a few spills and messes, it was time to be replaced. It also had no backing, so was constantly sliding around.  Good news, it was like $39 from Home Goods, so I got my money’s worth in the 2, or 3 years even, that I had it. I had “kitchen rug” on my shopping list on my phone, and would just remind myself to look through the rugs when I was in various Marshall’s/Home Goods/TJMaxx to see what they had.  I stumbled on this rug one day and brought it home to try out and I love it!  It’s a really muted pattern, but does have a little color, mustard yellow, which happens to match my mixer, but isn’t blatant bright color. 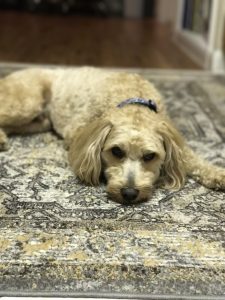 And, if you saw Auggie’s Instagram (@theauggiedog) recently about his new favorite ice treat this is where he sits now every time I open the freezer for ice, awaiting a cube! 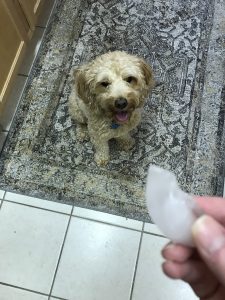 For longer than I’ve been looking for a kitchen rug, I’ve been looking for bathroom rugs. Actually since January 2016 when I moved.  Thankfully I didn’t trash the rugs I had, which I ALMOST did in moving, because apparently the “runner” rug is no more in the stores.  I finally found a white runner rug, and changed up my bathroom to white rugs, and white shower curtain. Believe it or not, I found both the kitchen and bath rugs on the same day in the same store! 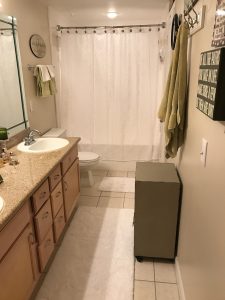 I also changed up the (decorative) hand towels and you slightly see the pattern on the shower curtain. The white rugs and shower curtain really did make a difference, very light and bright. 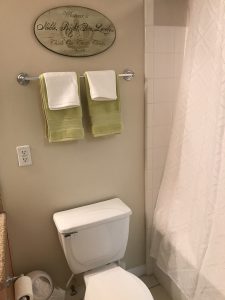 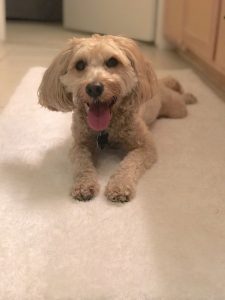 I mentioned these shoes in a recent every day post, but hadn’t worn them too much at that point. They are the 12-hour pump from Banana and I bought them during friends and family on major sale.  But, before I called them my new favorite work shoes I wanted to try them out.  And, they passed the test!  I would definitely recommend them and I love the block heel too!  They are pictured here with an outfit, so you can see them on. 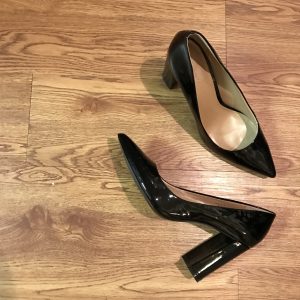 Last Friday when I was at Antiques Week the cafe was shut down for dinner, most people were dispersed from the kitchen, but there was a good band, a barstool and open window on the beer garden. So I sat down and worked the window for a while, and solved Lone Star cap puzzles too with one of the event cops.  Every now and then it’s good to have some old fashioned simple entertainment and challenge. We run on “google it” and don’t think too much; so even something as simple as solving a riddle, working a crossword or other puzzle is good for the mind! 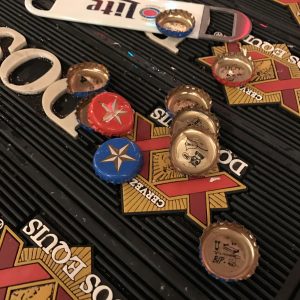 That’s it for this week’s favorites!